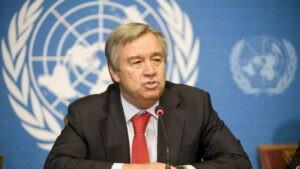 A mutual letter has been sent to the Secretary General of the United Nations Antonio Guterres, informing him that all obligations from the Prespa Agreement for both sides are fulfilled.

Later on Wednesday evening, the UN officially confirmed that the letter was delivered to their seat in New York.

In meantime, the Macedonian Government and Parliament officially started using the new name by changing the naming references in sign boards on the buildings, as well as on their official websites.

Besides this, new signboards stating ‚ÄúWelcome to the Republic of North Macedonia‚ÄĚ were officially installed at the Bogorodica border-crossing on the Macedonian-Greek border.

To get information how to get Residence permit In Macedonia and Macedonian Citizenship ‚Äď please visit our website macedonia.euresidence.me

More from my site

Get a Free Consultation Now!